J is for Jellyfish 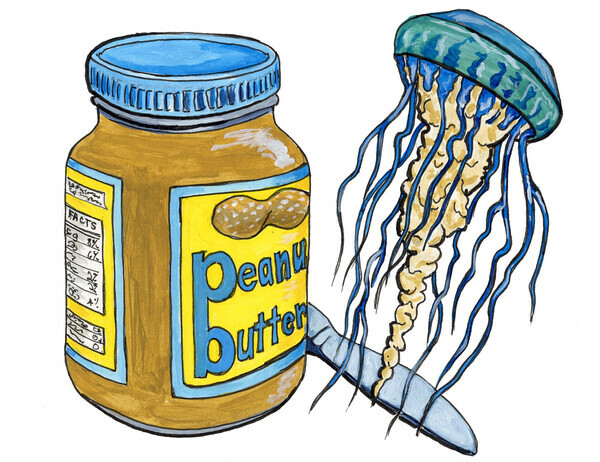 Jellyfish was shortened into jelly and it just seemed natural to imagine it with peanut butter, one of my staples. Combined on bread or toast it forms a beautiful union, one that would be known by many kids and their parents.
This substitution was one of the first coloured images I produced and although I had a plan for a book it was just starting.
On our way to New York City, Diane and I stopped over in Toronto where we visited my Aunt Helen, who’s turning 100 now. While in Toronto one of the trips I wanted to make was to see the Group of Seven in the McMichael Canadian Art Collection.
I was surprised when I discovered that a major show of Mary Pratt’s work was on at the same time. I have been fascinated by her detail and lifelikeness with everyday objects such as trout on tin foil and the dinners she was making. She shot slides of these meals so they didn’t have to sit as models while she recorded the details. Slides also helped her remember subtleties of colour and shape.
She transformed ordinary jars of jelly and jams into rich textures that held the secrets of the universe. All she needed was a little peanut butter.
There are a couple of videos on the National Gallery website:
Mary Pratt

News:
If you are around the Nanaimo area on Sat Dec 3 from 10-4 or Sun Dec 4 from 12-4 you are invited to the Old City Panache, located at 250 Prideaux St. Dave will be there for Art Walk showing some of his paintings, prints, books and cards.
10% of any sales will go to the Parkinson’s Society of British Columbia. 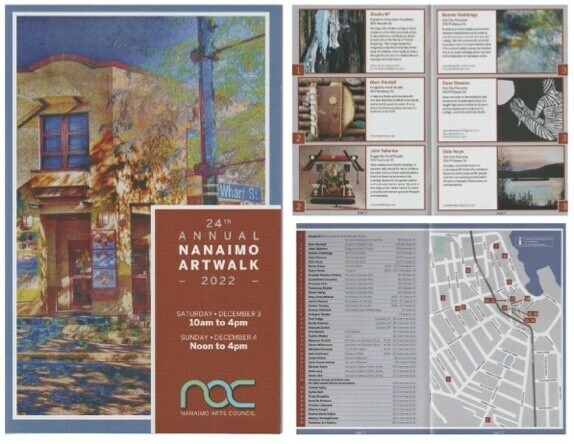