L is for Lumpfish 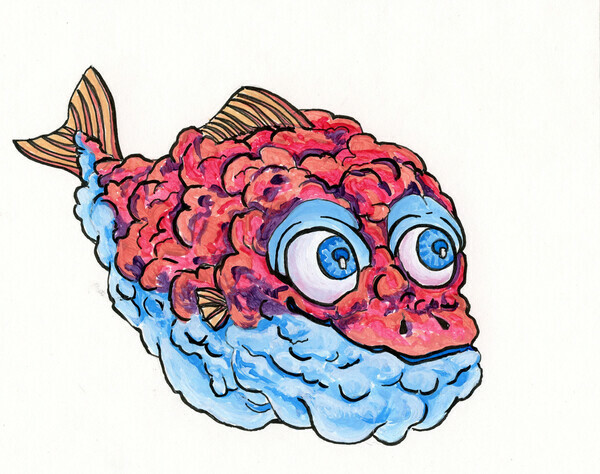 An unattractive name for an unattractive fish, especially as portrayed in this illustration. Rocks don’t move but if they do, they are probably lumpfish waiting for their food to swim by. It is like waiting for inspiration to strike before you create, whereas experience tells us that creativity follows sweat. There is no denying that there are moments of inspiration, some of which come unheralded and out of the blue, but usually artists have to put the work in.
An artist who put the work in was Frida Kahlo from Mexico. She was a woman who wrestled with infertility, depression and physical limitations. She was bedridden with an upper body cast, but she took her experiences in life and applied it to her art. A number of artists have been able to take the pain of their lives and translate it into motivation or directly into their artwork.
Kahlo

Like Frida, I was influenced in my own art when my younger brother, Robert, died of cancer in 2001. Using erosion of wood and sandstone as a theme, I produced the following painting in colours that were a departure for me but which reflected my pain of grief and loss.