Merry Christmas from the King of the Salmon 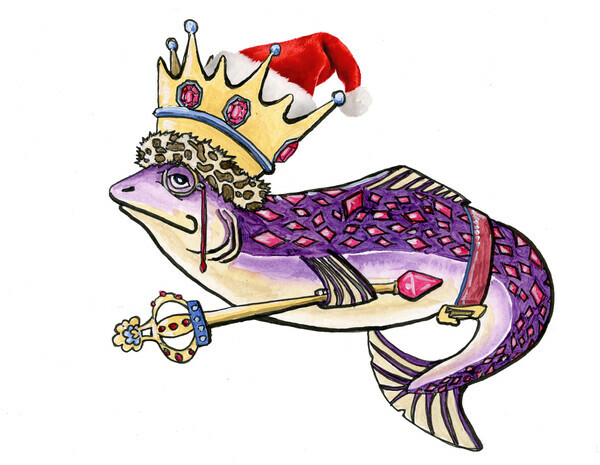 One of the things I hoped for from these books was new information. I always wanted to add to my knowledge and the “King of the Salmon” did this. I did not know that the Makah tribe on the West Coast honoured the ribbon fish as a precursor of salmon to the extent that they forbade catching and killing them as it would negatively affect the run of the salmon and their harvests for food.
Indigenous people saw cycles in nature and life and worked to perpetuate those repetitions for themselves and future generations. One source of First Nations’ beliefs talked about actions today that are good for up to seven generations of their offspring.

Some of the work of M. C. Escher echoes the cycles in life. He was a mathematician/artist whose work was all over North America during the 1960’s. Rooms were decorated with wooden tables that were originally rolls from the phone company, parachutes inverted on the ceiling and Escher prints on the walls, often in colours designed to glow in black light. He was known for many things such as invented creatures, perspective images that captured infinity or street scenes that morphed into books on shelves. Many of his works dealt with mathematics and our perceptions. Detailed drawings, etchings and wood engravings were what he worked with.  Rather than the black light colours of the 1960s most of his images were in black and white.

His work can be found on: MC Escher